The Ride to Conquer Cancer with Team Perimeter’s Joe Campbell 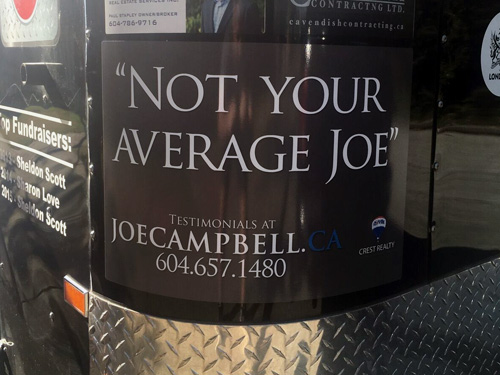 The big day is upon us. The Ride to Conquer Cancer. As I’m writing this, Team Perimeter has pushed past the $60,000 mark in funds raised for the cause. It’s been a fantastic ride, putting this team together and watching them go to work.

But as we all know, the ride has yet to truly begin.

For our final post of this series we turned to Joe Campbell. Joe is returning to the race for a second year, and like so many affected by this disease, he’s hoping for sunny skies and a smooth trip.

Kelvin: What led to joining Team Perimeter for The Ride to Conquer Cancer?

Joe: This is my second year. When Chris asked me last year I thought it would be a fun, worthwhile way to get in shape. It worked well, I don’t have a very physical job so it wad good to have something to work toward. Hockey is a sport I play a fair bit, or at least I try to, but it’s a lot more fun to do the ride when you’re in shape. And in addition to the ride, life in general is more fun as well when you’re in shape. Hockey is more fun, so is tennis, and so is chasing a family around every week.

What’s the toughest part about the ride?

This answer will be really specific, but Saturday last year was a real challenge for sure. Just riding your bike for 5 hours is difficult, but the weather last year urned it into 7 hours. The rain, the wind – it was intense. There were trees down and at one point we had to get off the main drag and it was a huge challenge. Pine cones and sticks on the road and cross winds, you had to try to avoid all these obstacles, not the least of which was your own fatigue.

And then the Sunday was a better, you could actually build some momentum here and there when there was no wind. Most of the time though you were riding into the wind, there was no free pedalling. We were just out of birch bay and the wind came, we must have rode 95% of the race right into the wind.

Most people have a personal story about how cancer has affected their life. Are you riding for anybody in particular?

I’m just riding for the cause, there’s no close calls for me and my family. It’s funny though, with all that wind last year, that must be what it feels like to go through this disease. You can see it on the ride, there’s a lot of emotion from people who’ve had it affect them closely. People who had cancer themselves were riding so it does give you a different perspective. People are so closely touched and you can see it in their faces. The way they’d hug each other demonstrates there is a lot going on behind the scenes.

How do you get through it?

Every time I’ve been on my bike it’s that first half hour, that’s tough but then you get into a rhythm. Plus the support is great. You have stops and they give you food. Once you get something in you it’s like instant energy. The pre-made PB and J sandwiches they give you are legendary, you can’t make them that good at home.

What’s it like undertaking such a challenge with a group of friends?

They’re all good guys and they’re working toward something. It’s fun, the camaraderie is great. I remember last year, especially after finishing that hellacious first day, it’s a lot of fun and you really feel you accomplished something. It was probably the most physically challenging day of my life. I can ride my bike uphill and I’ve never got off my bike because I was too tired, but the Saturday last year was a different story. There were three of us and we were crossing a river. We all went onto the bridge and at the exact same time we each kicked out of our pedals and got off. We just physically couldn’t keep going at that point. Exactly the same time we all hopped off. It was crazy, we had to kick our feet out so we wouldn’t fall over. The wind was heavy at that moment.

The wind is always heaviest before it lets up. Big thanks to Joe as well as our past guests Bryant Magee and Danny Payne. It’s been a huge year for Team Perimeter, but it’s a lot easier pushing through the wind when you’ve got hands at your back.