Why The Film Industry Is No Different Than the Construction Industry 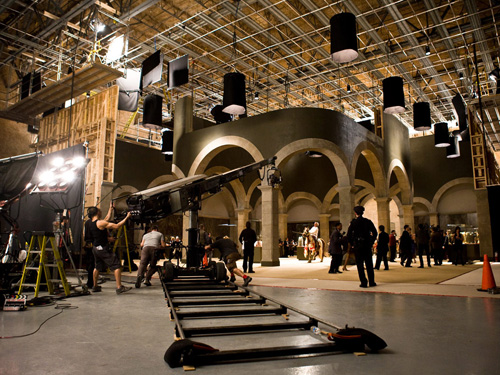 I’ll be honest, there are a lot of different headlines I considered for this post.

But all of those are tinged with a little more sarcasm than even we’re comfortable with. The film industry in North Vancouver and throughout the lower mainland is alive and well even in light of the weak Canadian dollar. Movie studios based here enjoy the ease of production and a climate that can be made to look like anywhere in the world. Studios that travel here appreciate the same things, but they’re often surprised by just how clean we keep our town.

…Ok, that last one is a bit of a wish. We need to do a better job when it comes to cleaning as we go. Who among us doesn’t feel a sense of pride when famous actors and producers drop in to make their movie in little ol’ our town? It’s the same reason you frantically dust every corner of your house when your in-laws are due for a visit.

Everyone wants to make a good impression.

The problem with the film industry is that some of it is still stuck in the 1960’s. Ever seen that scene from Mad Men when Don Draper polishes off a beer at a picnic and chucks it into a pond? Yeah, we’ve encountered more than one studio that hasn’t quite caught up to the times.

But that’s just the minority. Most studios are great with recycling their unused materials. And more than any other sector, the film industry goes through a lot of materials building set pieces.

Here’s a few leftover items we’ve picked up from film shoots in the past few years:

Attracting the film industry to Vancouver is a huge advantage to the local economy, but no business creates more junk than show business. And I’m not even talking about the Star Wars prequels.

Think about it. Every movie you see, most of the set pieces were built from scratch using raw materials. It’s just like building a house or an office building – all of that wood, concrete, metal and drywall has to come from somewhere.

The problem is that while we’re creating all these visually dazzling sets and props, we’re not actually going to use them once timing is wrapped. Remember the Olympics in Vancouver when the city built an entire athlete’s village? Those units turned into valuable real estate once all the athletes picked up their medals and bolted for their respective countries.

We don’t have that luxury with the film industry. Sure, I’d love to drive the Batmobile full time and live in Wayne Manor, but I don’t think the butler would actually enjoy living with me.

The point is that no matter how glamorous the industry, leftover construction materials must be dealt with properly. We take great care to preserve the lower mainland as one of the most beautiful places on Earth to live. That’s the snapshot of Vancouver we want captured for all the world to see.

Everything used on a movie set should eventually be returned to a recycling facility to be put back into rotation in some other capacity. A gorgeous prop house might look good on camera, but if it has no use, too often it’s simply dismantled and dumped. There’s lots of good stuff in there, we just need to recover and reuse properly.

Because who knows, there’s always the option of a sequel.

Chris, Craig and the guys are very professional, dependable, hardworking and honest. The quality of work is at the highest standards. As a contractor, it is important for me that they were on time and on budget and were flexible along the way. I would not hesitate to recommend Perimeter Drainage at any time.