A Race For the Cure: Danny Payne’s Journey on the Ride to Conquer Cancer 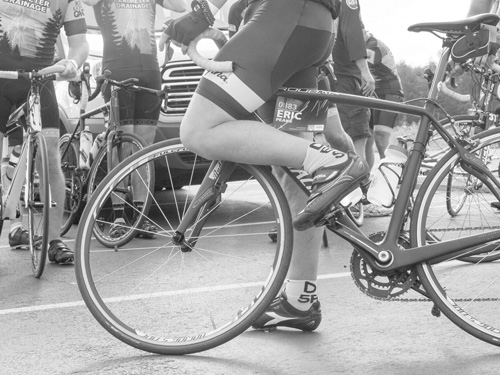 The big day is almost here. For the past four years, Team Perimeter’s entry in the Ride To Conquer Cancer has been joined by some of the best friends anyone could ever ask for.

Danny Payne, a North Vancouver native, is saddling up for his third race, and it’s one that hits close to home for several reasons.

Kelvin: How did you get involved?

Danny: This is the third time I’ve done the race with Team Perimeter. It’s one of those things I was always interested in. People had asked me for donations and I realized I wanted to up my level of involvement. I have family members who’ve been affected by cancer, my aunt passed away, my mother’s husband has been battling cancer for years now. My father has also been affected by cancer.

This year is exciting because my daughter is joining me, Laura. She really wanted to do it this year so it will be special to ride side by side, it’s a great opportunity.

(Laughs) Funny you should ask. The race is a great reason to make healthy choices. The first time I did it I didn’t do a single training ride, and the second time I did some training. Physically I did fine on both races, but on the second day my rear was absolutely killing me, both races. Now that my younger boys and their schedules are winding down then I can go hard with training in July and August. To be honest, the strain on the body isn’t a big deal. I play hockey through the winter and that just finished up a month ago. If you’re physically active you’ll be fine, but it’s tough to train the ass to sit on the seat for that long.

From my perspective, while you’re riding, the discomfort is insignificant compared to the struggles of others. You don’t really think about it, I didn’t at least. Plus the support you get from Team Perimeter and the whole community of people who are riding more than makes up for it. It’s an unbelievable community, extremely supportive. If you look at the ride itself, there are people doing the ride suffering a hell of a lot more than me. So the pain in my backside is so insignificant, but once you get riding and the endorphins get going, you loosen up and before you know it you’re at the first break and you get to talk to people, you look forward to that beer at the end of the ride. Everybody pulls together to get it done as a team.

You’re going with a group of friends, what does it mean to you to be donating your time, effort, and ultimately your body to a worthy cause alongside this group?

It definitely adds to the whole experience. The North Shore Winter Club is such a wonderful community, it’s where we watch our kids play hockey, it’s where we socialize. You build such strong relationships off the ice, and now we’re going to strengthen them even more on a bike. These are lifelong friendships and it’s just another chapter in that story. I didn’t grow up playing at NSWC but my brother did. Many of my family’s, my mother in particular, our best friendships were shaped at the North Shore Winter Club and this is another way to build on that.

What’s the symbolism behind the race for you?

This is something that’s bigger than any one person. There are so many people involved because this is such a widespread disease. If people are going to get a handle on cancer, it’s not going to be one person, it’s communities of people pulling together not only to support each other as we go through such a gruelling process, but simply to raise the funds necessary to find a way to beat this thing. When she was 65, my mother’s goal was to do the walk to cure breast cancer and she did that with my daughter, sister, sister-in-law, and my best friend’s wife. That was a walk, this one’s a bike ride, but both are a race for the cure. At some point these things will give us the funds to make that breakthrough so those odds are better.

There are so many pressing needs. We can’t do everything. But this is one small thing I can do. You’ve got to contribute somehow and this is just my small way.