Drainage Pump Station Maintenance – Why do we not do this 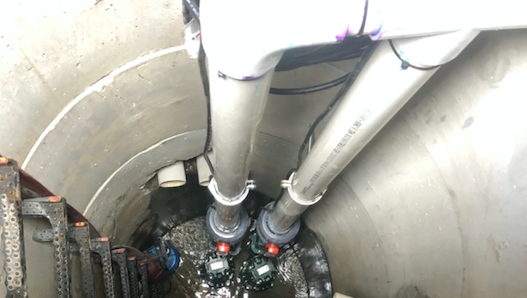 It’s early December and we have had two major rain events this fall.  I don’t know how many calls we have received to date, but most of these calls are from lack of maintenance.  One person, who we told that their pumps are not operating efficiently in June just called us because they flooded.  Now they want to do the work we suggested.  His wife is not happy, she found out that this work was suggested and her husband decided his Porche modifications were more important at the time and “ya, I’ll get to this”.  The damage to the house is unbelievable.  Probably two months of not being able to use the basement.  Trades people in and out every day.  And their insurance has gone up.  The phone rings from 7am to 8pm, every 5 minutes.  New customers get to hear about preventative maintenance, regular customers understand that there is a wait now due to procrastination.  We try to get there quickly but our standards are high and we only have so many skilled employees that are capable of doing a proper job.

Maintenance is the key to reduce your chance of flooding.  Don’t call us during the storm season.  August and September are the great times to do this work.  We also suggest cleaning your drains and catch basins, get your generators serviced, have your gutters cleaned but not flushed down the drains, get the contractor to remove the downspouts!!!!  Driveway catch basins can be done by yourself in the summer time when the water has evaporated.  Most people wait until the debris from the driveway fills the sump and then blocks the pipe leaving that catch basin.  Now their garages with all the stuff they don’t store is wet.

We are not trying to yell fire, but trying to reduce your chance of flooding during these events.

By the way, our current clients are safe and dry as we speak.  They get it.